For all the tech lovers out there – Apple is planning to launch the much-awaited and the highly-desired iphone 14! And now for the bad news: you have a long way to go to get an iphone 14 – and as for now – all the techies and gadget lovers are already evaluating the pros and cons of getting an iPhone 14 for themselves. Is it a good idea? We’ll see.

It is going to be the first time for the High and Mighty Apple to have a noticeable difference in the sizes of its cellular phones. Previously as we can observe, Apple had launched smaller phones with disastrous results. Nobody even talks about that iphone mini, it was such a bad idea.

Although iphone sizes vary and the least appreciated is the mini iPhone having 5.4 inches as a display screen. That was way too mini, even for Apple standards. And it resulted in a huge loss margin of sales for Apple. People didn’t want to buy a phone that looked like a matchbox in their hands. So the makers of iphone got some sense knocked into them; they considered the drawback of having a teeny tiny screen and decided to create larger sizes for the upcoming iPhones, which were pleasant to our eyes and our hands too. We could carry them easily and enjoy watching movies and TV shows on these new iphone series. Way to go, Apple!

As for now, launching of the iphone 14 is expected somewhere around September 2022, but the hype has already taken the internet to a whole new level of crazy. People are going nuts about the latest version of Apple that is yet to be released. And with the expected date of launch, it is getting hard for all of Apple’s fans to sit and watch the grass grow.

With the Apple iphone 14; gone are the days of crooked screens with poor resolution iphones that didn’t even look nice. Apple has leveled up and has started to give its competitors a tough time by releasing iphone 13 Pro max and iphone 14 Pro max consecutively. These phones have introduced the cutting-edge technologies and advanced user-friendly features that enhance the screen-time experience and make it even more pleasant.

From what we have heard about the iphone 14 – it will have a pill-shaped camera cut out and a large screen, around 6.1 to 6.7 inches approximately. And since there are variations; each will have a different screen size, example: iphone 14 Pro will have a 6.1 inch screen and iphone 14 Pro max will have a 6.7 inch screen. If anything, it sounds like a great idea for all of those people who Netflix and chill.

Moving on, Apple is known for having face detection equipment in its iphones, but from what we have heard; Apple is up to something different. They are planning to introduce a new design. The makers of iPhone 14 are planning to go for a combo of a round hole cut out for the camera along with a pill-shaped cut out for face detection. What exactly does it mean; we have yet to find out. But this feature is exclusive for the pro models only, and sadly, all those having just an iOS 14 will not be able to enjoy the perks of this new and fancy design.

Is there anything else?

Of course, there is. Apple is planning to reduce the back camera bump by introducing a thicker body for iphone 14, but then again, nothing is certain since the official launch is expected to be in September.

There are rumors that some of the iphone features could have a titanium frame with redesigned speakers and microphone as well. Also, Apple is said to use a vapor system to cool down the functioning chips and 5G connectivity for optimal performance. That is fascinating, so far.

As a common trend, Apple upgrades its camera with each new launch, and the coming iphone 14 is expected to have a 48 megapixel and 8k video recording option. Plus, there is a fat chance that Apple will probably release a periscope zoom lens that lets you zoom a lot more than the other phones.

And now for the chips – rumors about Apple using the same A15 chip from the iPhone 13 are very likely to be true. But on the other hand, from what we have heard, Apple iPhone 14 Pro will have an updated version which is an A16 chip for iOS 14.

Adding to it, Apple is soaring high with a cutting-edge technology of satellite-based emergency that lets the users send emergency texts even when there is no network coverage at all. Apple is expected to use Qualcomm’s Snapdragon x65 chip which is the first 10 gigabit 5G modem that promises better connectivity with better speed. So if you’re tired of your slow internet, Apple iPhone 14 is a game-changer for you! 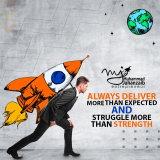